A tribute to Village Reports Dedication- A tribute to those folks who gave so much time, energy and commitment to the village government. 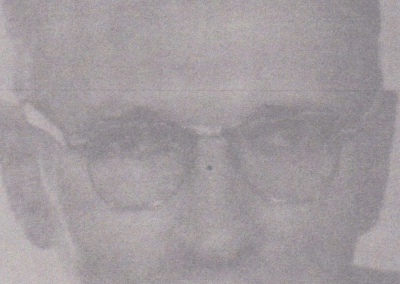 Frank gave the Village forty-six years of faithful service in the Water and Light Department. He also served as a Village Trustee from 1971-1973. 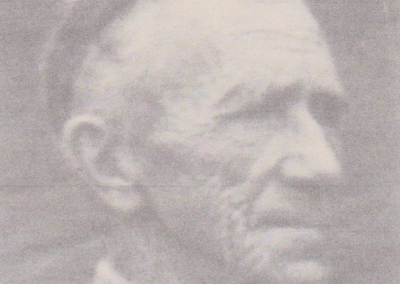 Raymond was a Village Trustee from 1955-1982. We the taxpayers of the Village of Johnson, say thank you for the interest and direction you have shown through your twenty-seven years of service. 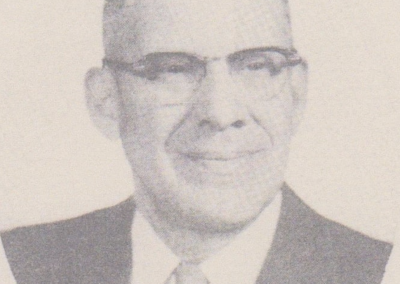 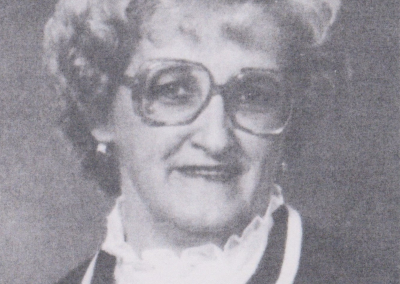 Kathrin served as Village Clerk and Treasurer from 1973 to 1987. She was instrumental in every aspect of operating the Village government. 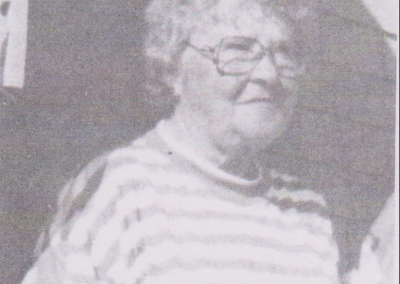 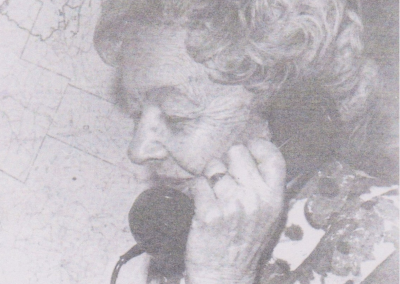 Mary was employed by the Vermont Electric Co-op for many years and was an active member of the United Church. She gave help to many individuals in their time of need. 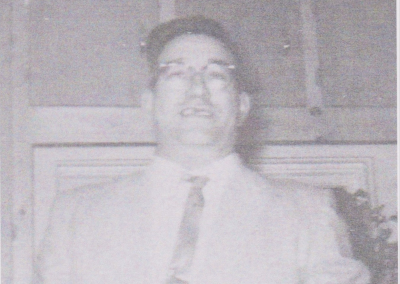 Cookie served the Village in various positions; Village tax collector, first constable, a former member of the Selectboard, and a fireman for 33 years 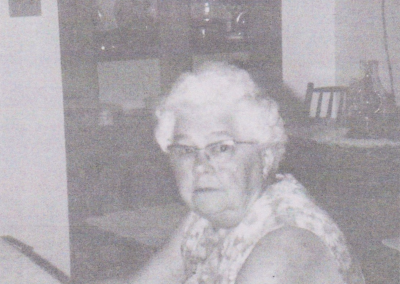 A long time resident of Johnson, Emily was a dedicated member of the United Church, she was always lending a helping hand, especially with her home-cooked meals for those in need 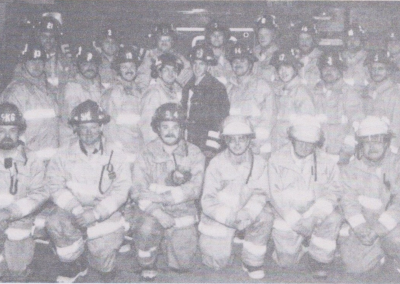 Thanks for 100 years of service to the Village and Town. 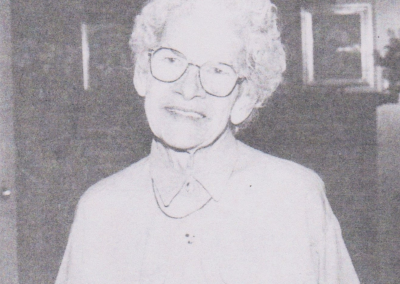 Nancy served the Town and Village both as Auditor and Librarian. 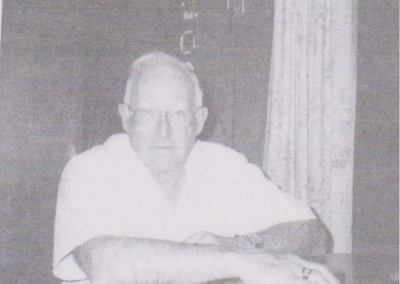 Harlan served as Town Selectman and then Village Trustee. The Village owes a great deal of gratitude to Harlan. 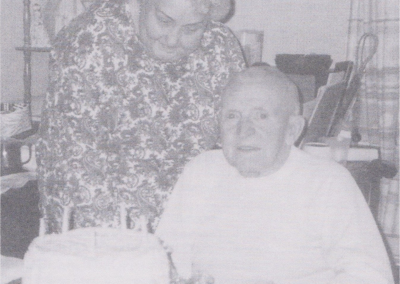 Lyndhurst is an icon that personifies the Vermonter and our close-knit, conservative, and neighborly small-town identities. 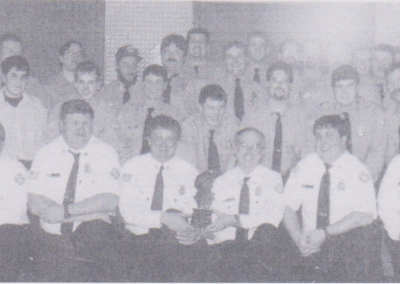 Sincere gratitude to the Johnson firemen for their outstanding service 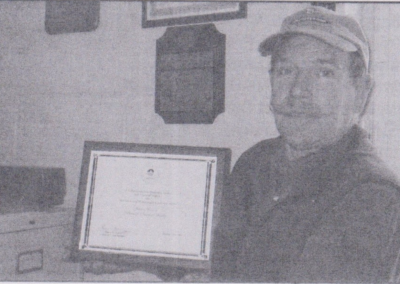 Johnson is fortunate to have a well-qualified group of individuals who make up the team that administers our community services. Don, our wastewater treatment facility operator, exemplifies this. Our state of the art facility has been the recipient, and Don as well, for numerous State recognitions for its operations. Don never misses a beat! 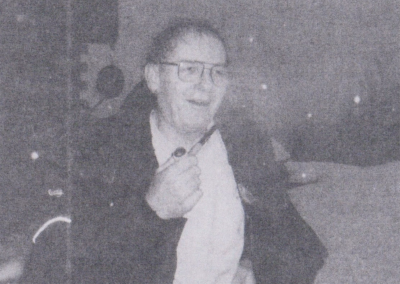 Ken served 30+ years for the Village. He always had his customers best interests at heart, maintaining quality service at one of the lowest rates in the state. 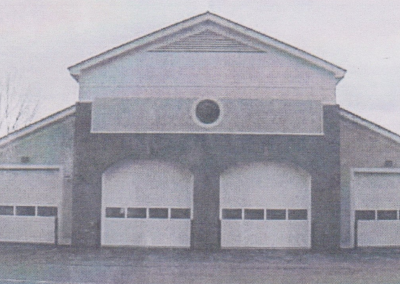 Thanks to the people and businesses who donated time, materials, and money for the new Fire Station 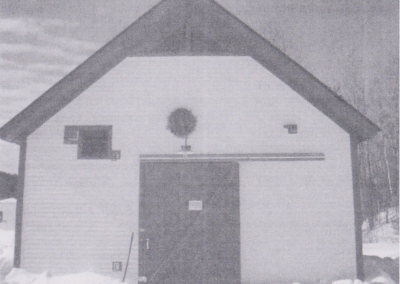 Thanks to all those that were involved in the Village Water System Improvement Project. To the Municipal employees for their dedication to the project and community. To the Village water and sewer customers, residence and merchants for their patience to help us through the completion and to the people traveling through town for tolerating all the disruptions 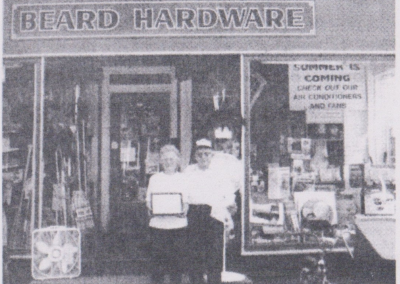 Hubert started working in his father’s hardware store after college graduation, taking over running the store in 1948. He was a member of the Waterman Masonic Lodge, the United Church of Johnson, and also the Mount Sinai Shriners. He was instrumental in starting Boy Scout Troop 94 in the early 1950’s remaining the scoutmaster until the early 1970’s. Hubert could not have done all that he did without having Florance by his side. They were fixtures in town for over 60 years. 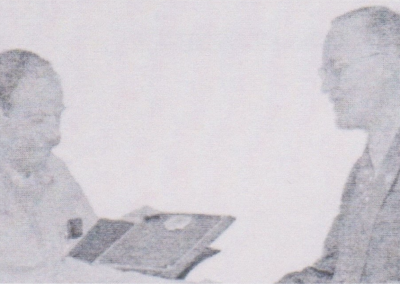 Don began his employment in November 1972 as Chief Operator of the Village Wastewater Treatment Facility. In 2003 our facility won first place in the Environmental Protection Agency competition for excellence in operations and maintenance. This allowed our facility to compete nationally. Under Dons watchful eye, the facility won second place Nationwide for a facility our size. Governor Jim Douglas was on hand to present the award to Don. 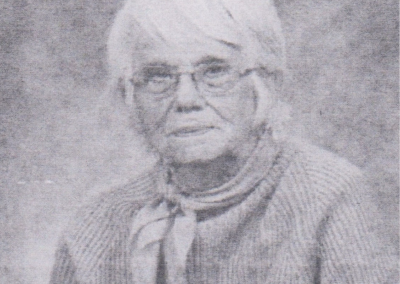 Ramona was a life long resident of Johnson. She served as an Auditor for the Town and Village. If someone was having a hard time, she would help in whatever way she could. Ramona was very thoughtful, kind and generous to a fault. 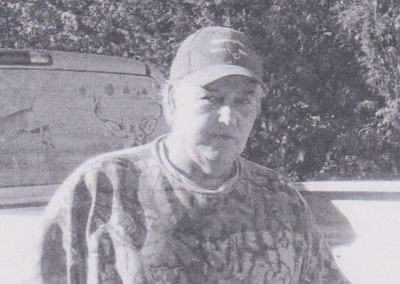 Loyalty and longevity are hard things to find in an employee but Cliff is an exception to the rule. He is the longest Village employee, starting work in 1970. He is a valued friend and employee to everyone who works for the Village of Johnson and he is always there to lend a helping hand. 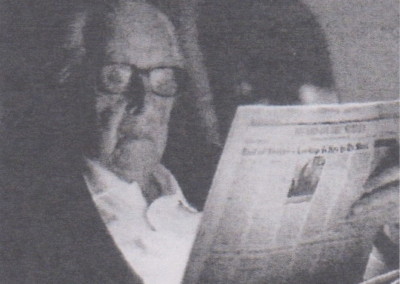 This year’s village report is dedicated to the late Antonio “Tony”Pomerleau for his wonderful legacy of giving and community support. 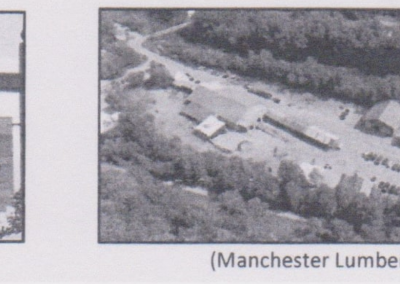 These two Johnson businesses have provided jobs and economic activity in our community for over 200 years. They were a key part of Johnson’s past and the sites and buildings have the potential to be a vital part of Johnson’s future 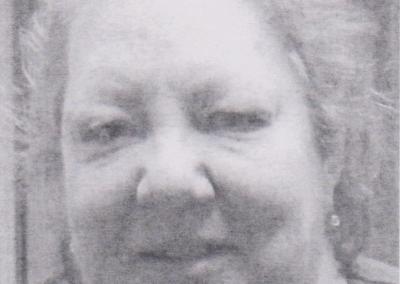 A valued longtime employee who retired at the end of 2019. She served as office staff for 12 years and as Assistant Clerk/Treasurer for the last 19 years.